Although I’ve been flying on planes since I was a 1 month old baby, I hate flying. I’ve had it all explained it to me, but there’s just something about it that doesn’t make sense. After several “this is it” moments on plane trips to London when I was younger, i’m surprised I continue to travel as frequently as I do. Even more surprising, however, is the fact I was convinced to go on an acrobatic flight.

We drove out to the Essex Air Fields and the looming danger became a reality. After examining the plane, I had a very stern conversation with the pilot, questioning his 15 years as an army pilot and 10 years as an acrobatic flight instructor. I wasn’t easily convinced, but for some reason began to climb into my yellow coffin. Once in the air, I eased my grip and and looked out over the miles of green patches. As I began to relax and convince myself it wasn’t so bad, he asked if I was ready to fly the plane myself. I had done this once before (how I get myself into these “face your fears” situations, I don’t know), but wasn’t sure I wanted to push my luck a second time.

He gave me instructions on how to guide the plane through the air, turning left and right, raising the plane up and down – after following his directions, he told me how impressed he was at my control and that I had flown beautifully. This made me quite pleased, until he informed me that now we would begin the acrobatics. He whipped the plane to the left spinning into a corkscrew and I think my heart may have stopped momentarily. The second spin I was much more prepared for and I actually began giggling. He then flipped the plane backwards and my giggling continued. The sensation was so incredible with the incredible views below, I completely forgot about my impending death.

This continued on, him maneuvering and me giggling, until the final move. He began to tell me that we were about to fly straight up into the air, the engine would cut off, and he would then pull us into a loop. Before I could object, busy trying to imagine this in my head, I found myself staring into nothing but blue sky. The engine cut and I had yet another “this is it” moment. Then I was sucked back into the seat as the ceiling window revealed we were upside down on top of the world, green patches blurring beneath us. As we became level, he ensured I was ok, and we made our way back to the air field. I jumped out of the plane and happily placed my feet on the ground. 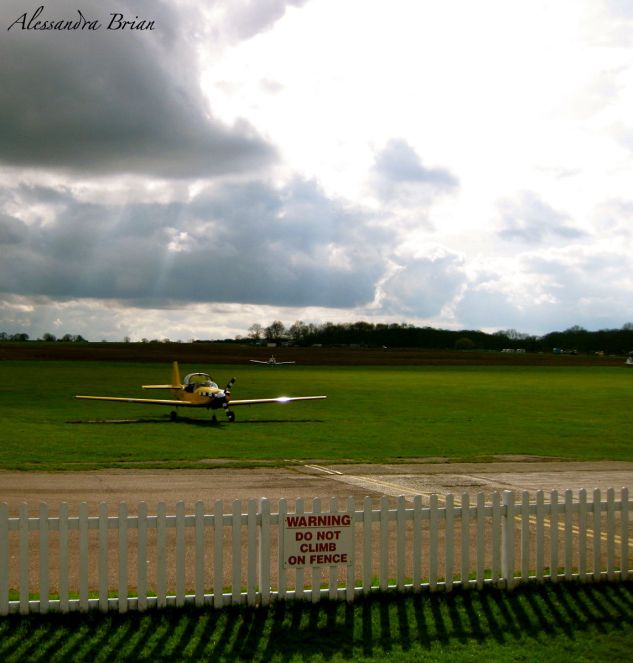 I would definitely recommend this experience because even I found it incredibly thrilling. Take some friends for moral support and go get your adrenaline pumping!

One thought on “Acrobatic Flight”