Michelin-starred Dabbous has been raved about and reviewed incessantly since opening its doors in the beginning of 2012. Following several stellar reviews, it soon became the restaurant booked until 2013, and now until 2014.

For those not able to wait a year for a dinner reservation, a lunch date can often be snatched up with a few weeks notice. Alternatively, the bottom half of the restaurant is home to Oskar’s Bar. Chef Dabbous’ business partner and friend Oskar stirs up wicked concoctions served alongside a sampling of reasonably priced bar snacks, featuring items from the menu upstairs.

I sent a request in for lunch for two, and then I waited.
And I waited.
At last, I received the email.
A reservation was available for lunch.
I smiled, did a little dance, and confirmed. 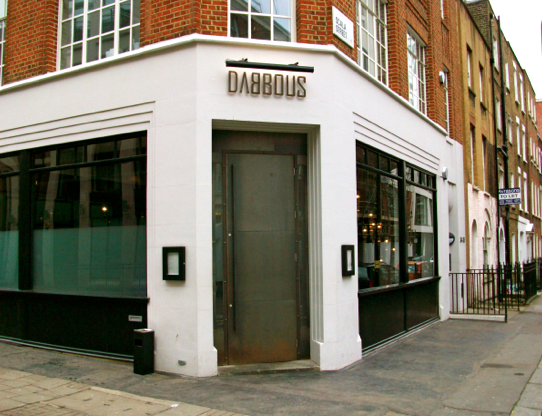 Another gloomy day in London had little effect on my excitement.
The prominent entrance seemed fit for a gatekeeper to guard, with a heavy, metal door and frosted windows. We eagerly entered into the world of Chef Dabbous to soon be surprised by one of the least intimidating Michelin-starred interiors I’ve ever seen. 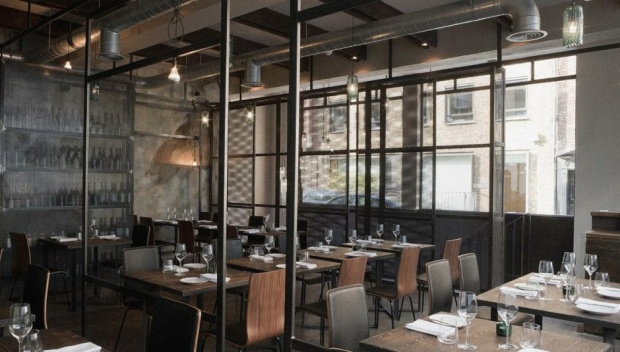 Its intentionally minimalist interior is reminiscent of New York and successfully accomplishes Chef Dabbous’ desire to be “deliberately rough around the edges.”

We were handed menus with the options of either the full tasting menu or the four course lunch menu, both reasonably priced considering the star. We went for the lunch option and settled in with excitement. You know that feeling of excitement that seeps in as your menus are whisked away, leaving the promising feeling that you’ll soon be tantalised by the simple words that enticed you only moments ago? The one similar to the feeling you get as the curtain is drawn before a performance, the butterflies flapping around hungrily before a feast.

Music further enhanced the relaxed atmosphere, with Pumped Up Kicks by Foster the People, Winter Winds by Mumford & Sons and Breakdown by Jack Johnson playing overhead. 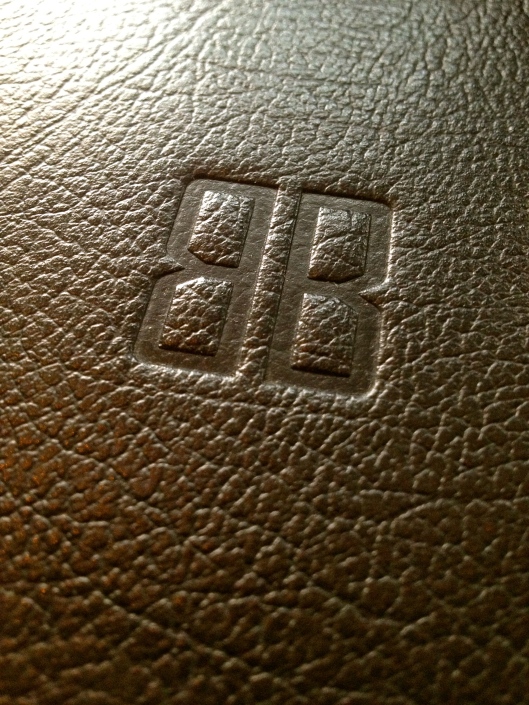 First to arrive were two simple black dishes.
One was filled with pale, Nocellara Del Belice Green Olives and the other left empty for the pits. The olives were crisp and fresh with a subtlety that would be present throughout the meal. They demonstrated both the fresh quality of the ingredients served at Dabbous and the way flavours are paired to allow each note to be individually present. 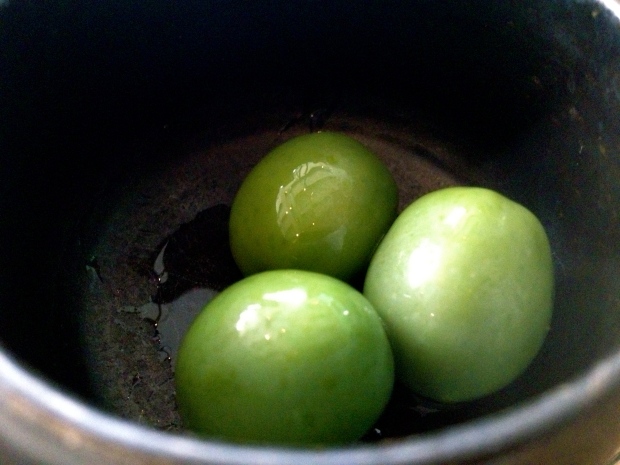 Next to arrive, a thin black slate topped with a generous dollop of home made, freshly churned butter. The deep yellow colouring was speckled with flakes of sea salt to bring out the sweetness in the creamy butter which could’ve happily been devoured with a spoon. 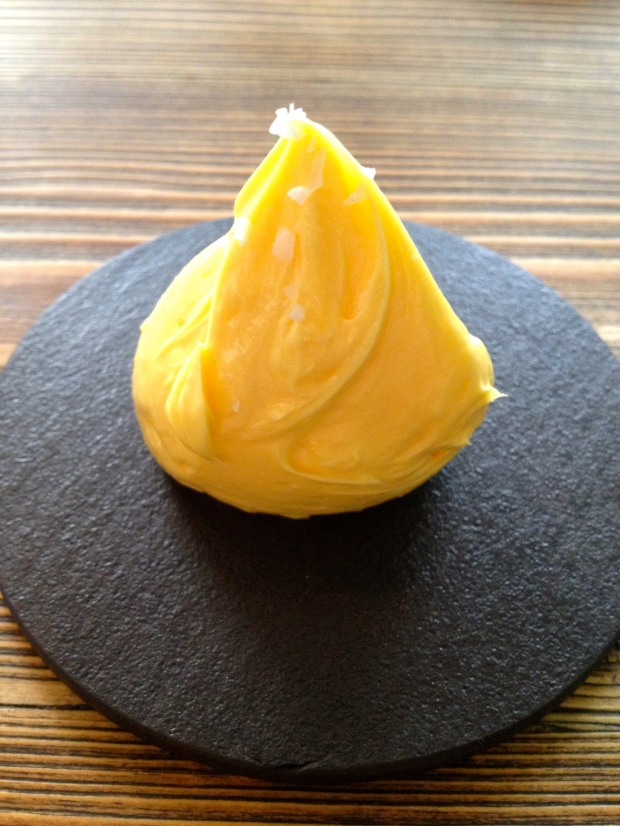 Accompanying the butter, a paper bag mysteriously concealing home made sourdough was delivered to the table. Across the bag was Dabbous’ bold label stamped with the date to create a visual reminder of the freshness of its contents.

With such fiendish love for warm bread covered in melted butter, my heart did sink slightly to find the flavour of the sourdough was compromised by the addition of nuts and seeds. They did however provide continuity by adding an earthy, natural element. But I personally would’ve preferred the bread without them. 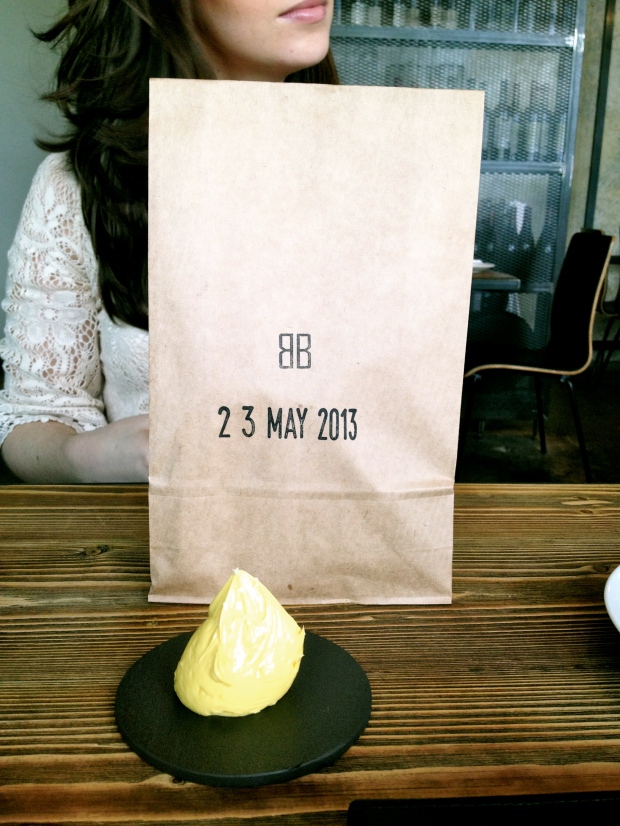 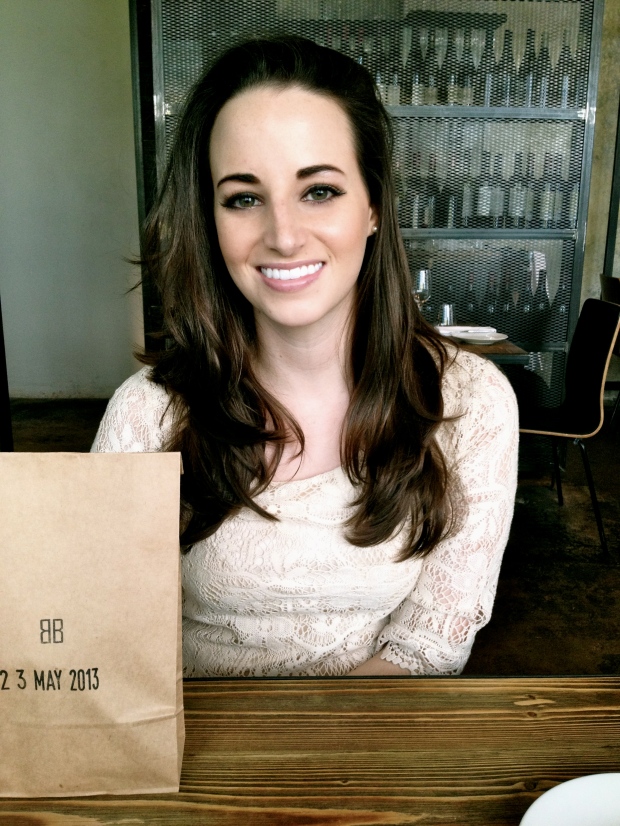 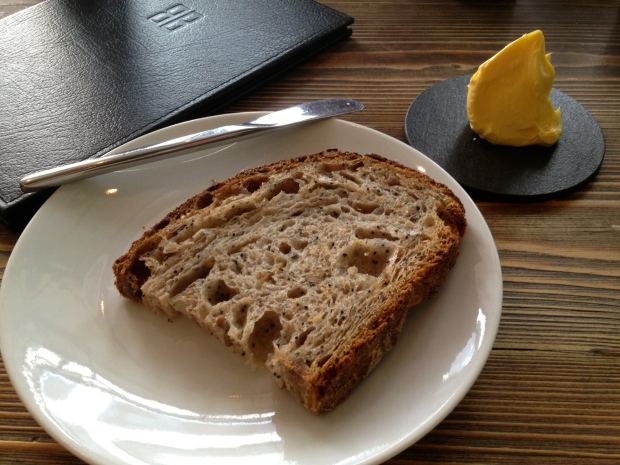 After several bites of warm bread and sweet butter, our starters arrived.

A large, white bowl held a scene of mixed alliums in a chilled pine infusion. The fragile presentation assured us that concentration had played a part in assembling such a beautiful dish. 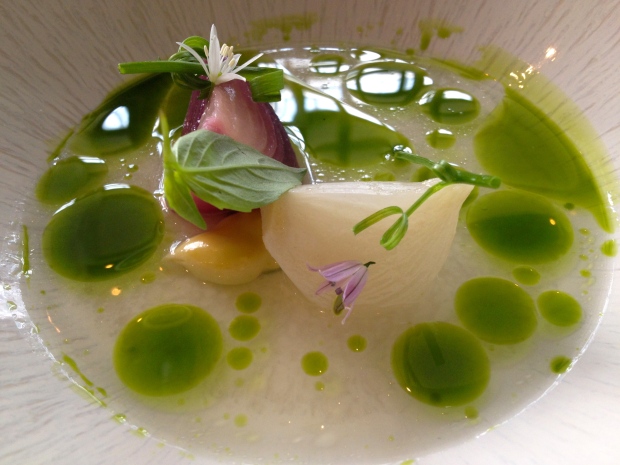 The onions were sweet with a delicate crunch and were enhanced by the peppery basil and hint of mustard garlic sauce. This all lay in the most intriguing pine broth, which although looked rather unassuming, had incredible flavour. 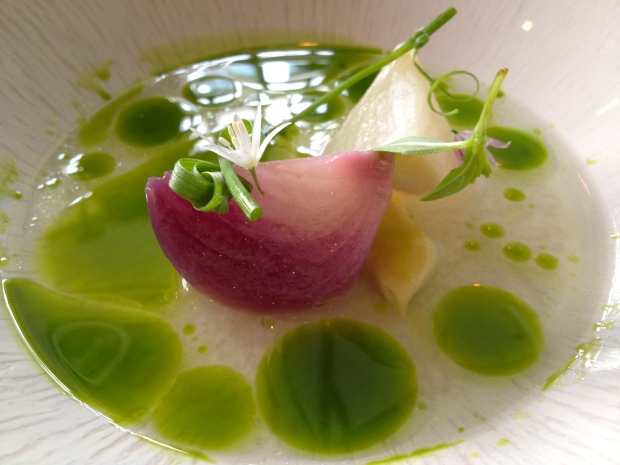 The other starter was appropriately titled peas with mint.
A thick, creamy pea mouse lined the bowl, topped with a cold, mint granita, fresh mint, pea shoots, peas and pansies. The presentation was absolutely stunning, the flavours were interesting and all very much present, but the portion size was a bit overwhelming. I would have preferred this as a palate cleanser with a few small tastes rather than a bowl full. 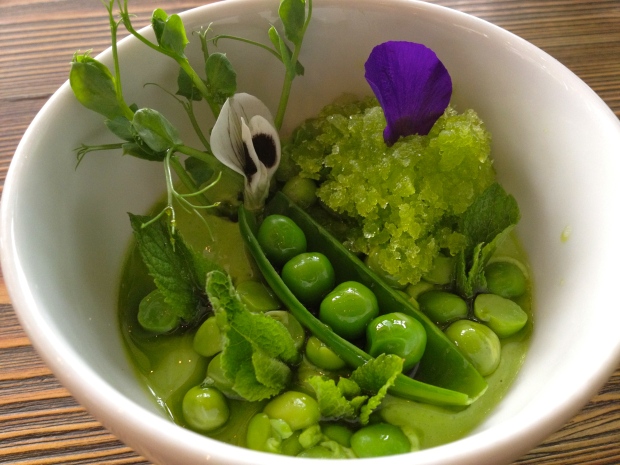 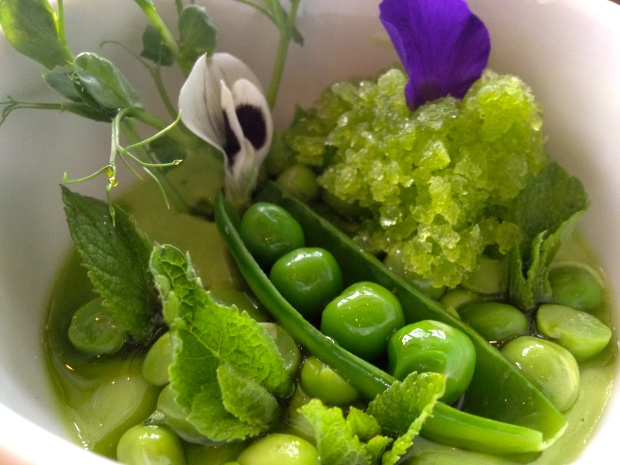 The following dish is one Dabbous has become well known for.
Coddled free range hen egg with smoked butter & mushrooms is in one word, divine.

A warm, creamy egg mixture filled with succulent pieces of mushroom takes on the flavour of smokey wood, which is reminiscent to that of bacon. It was rich, salty and decadent without being overpowering. The presentation of the dish used opposing elements with the delicacy of an egg shell containing a dense, heavy filling. 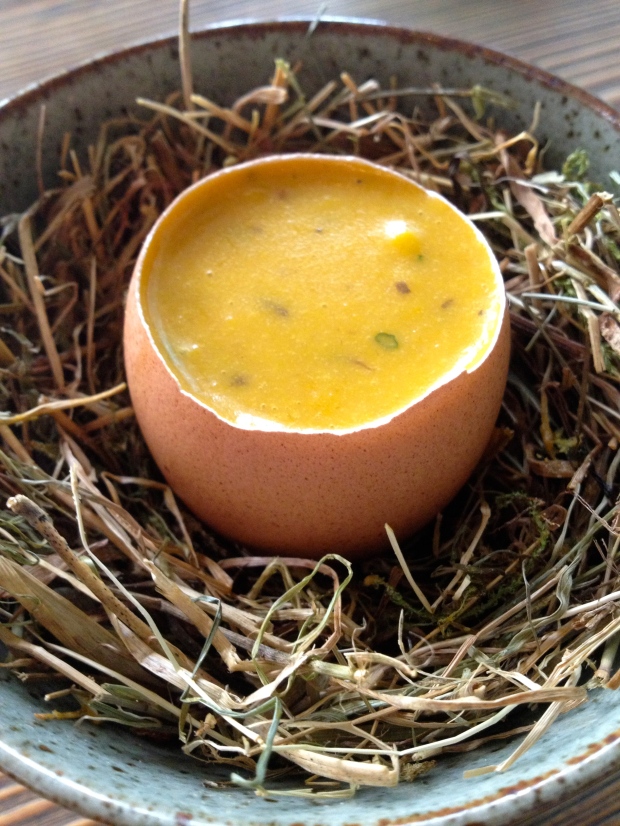 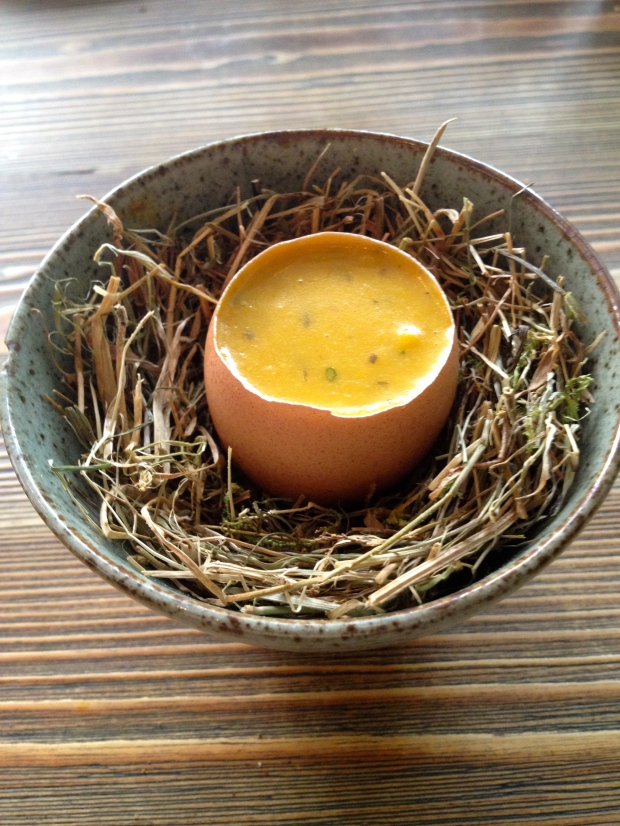 My dining partner cheekily decided to make use of his home made sourdough bread and created his very own gourmet Egg & Soldiers.

As the main course arrived, I was pleasantly surprised to see a substantial portion, whilst mainting the attention to detail for its presentation.

The first dish was poached cod with palourde clams, artichokes, basil & mustard. The cod was of excellent quality and perfectly cooked. 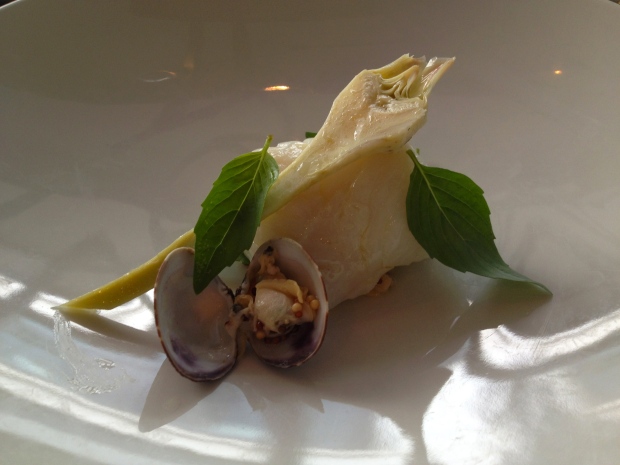 A mustard and lemon sauce was poured onto the dish table side, enveloping the fish, clam and artichoke. The sauce somehow consisted of two normally vibrant flavours which were instead surprisingly subtle, allowing the flavour of the fish and artichoke to still stand out. 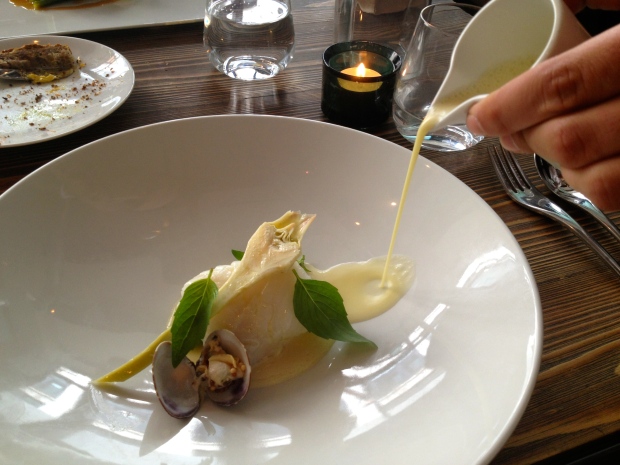 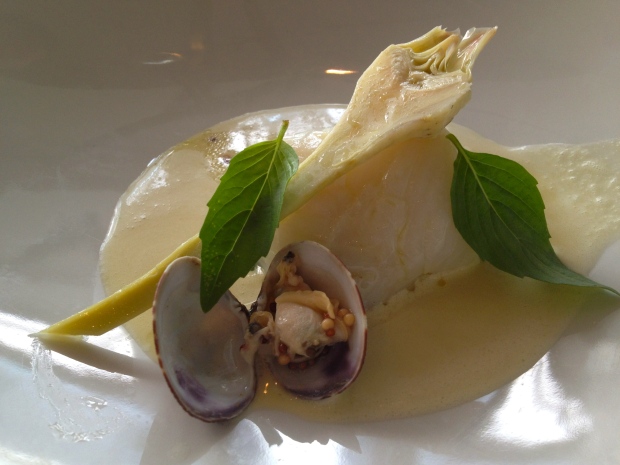 Spring lamb with grilled runner beans & Slipcote.
This was, by far, the best piece of lamb I have ever had the pleasure of eating in my life.
Tender, savoury bites of meat perfectly cooked and sprinkled with salt lay on a bed of crisp runner beans, crunchy, sweet peanuts, and a dollop of fresh ewe’s milk cheese. The flavour combination was phenomenal and went perfectly with the meat. To my dismay, I only had two bites of this before the entire thing had disappeared. 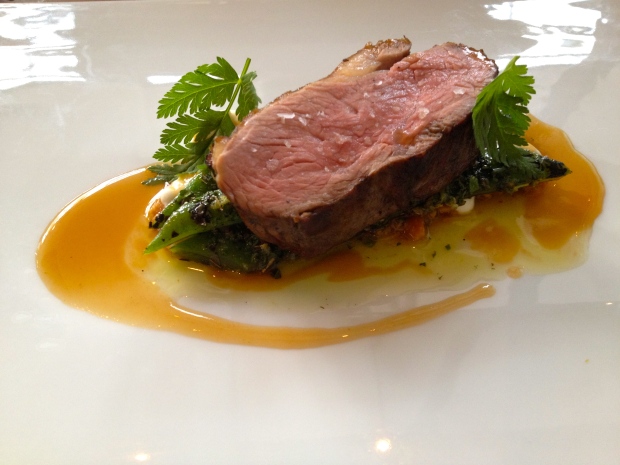 Let me preface dessert by saying it was confusing.
I spent almost the entire consumption pondering, tasting and analysing. A bowl was presented to us each with a layer of white covering what can loosely be described as deconstructed carrot cake. 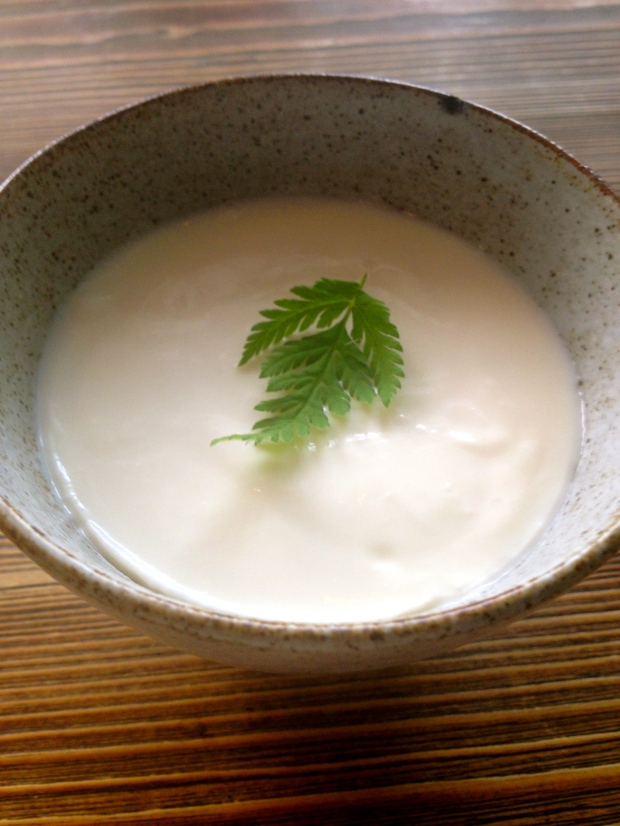 The top, white layer was described as coconut milk curds.
It was thin with a hint of tang, similar to that of natural yogurt, but I couldn’t pick out any coconut.
Below this layer, a slice of poppy seed cake which had a soggy texture from the liquid below. The final, bottom layer consisted of half a cup of shredded carrots. The perplexing thing was that they didn’t have any resemblance flavour wise to a carrot. Instead, they had been pressure cooked and infused with orange blossom. This was a fascinating trick, reminiscent of Chef Blumenthal’s mushroom ketchup. 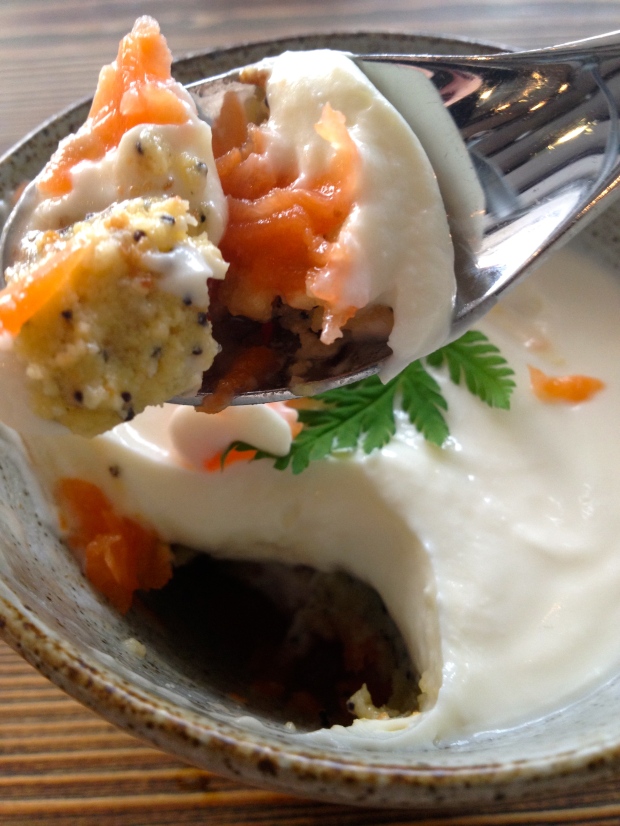 As a final treat before the bill, we were served a dish of Japanese baby peaches.
These were absolutely delicious and I continued to talk about them for the rest of the day. Their texture was similar to both a kiwi and a peeled grape. They were sweet and tart with a pear and floral essence.

The waiter told us that the growers in Japan remove the largest peach fruits to make room for the baby peaches to grow on the branch. These are then boiled on site and shipped to Dabbous where they are infused with lemongrass. 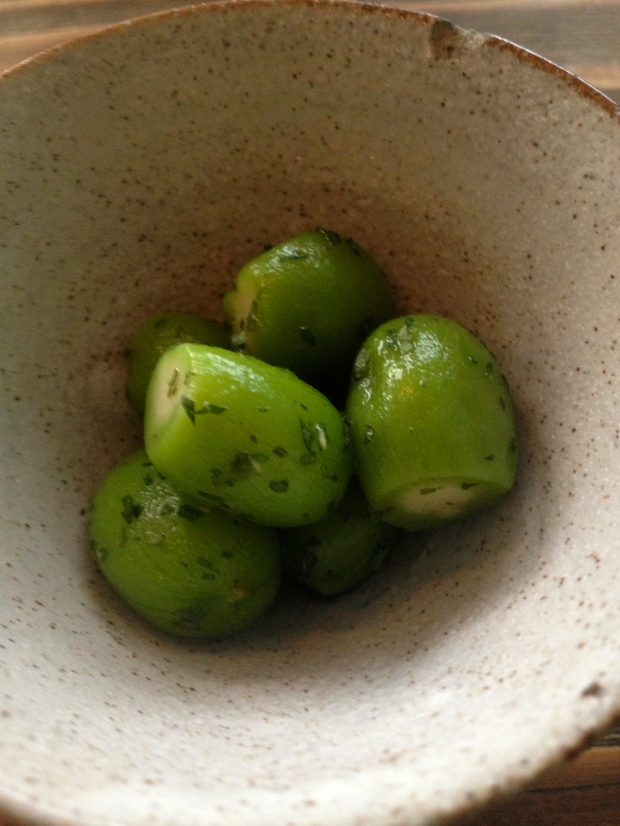 Overall, Dabbous was exquisite.
The food is simple and unique with fantastic flavour, and the servers were all incredibly knowledgeable about the dishes.

Dabbous isn’t the sort of place you go for a hearty tasting menu of filling fats.
The courses may seem simple, but each is executed with such skill to bring out intense flavour definition, its worth savouring each bite.

I wish you luck getting a reservation, but don’t forget you can always pop down to Oskar’s Bar.